Before they announce their May 2015 line up tomorrow, Boston Calling is having a scavenger hunt tonight.  Here’s the full release explaining it all:

What: As it prepares to reveal its May 2015 lineup and to make tickets available for purchase tomorrow, Wednesday, January 14, 2015, Boston Calling is raising the stakes and the excitement for fans tonight with Find the Vinyl, a citywide scavenger hunt that will reveal a portion of the lineup on vinyl records, and that will conclude with two late night parties at Tasty Burger Fenway and Tasty Burger Harvard Square where the entire May 2015 lineup will be revealed by video.

Find the Vinyl: Wildly popular last January, Boston Calling brings back Find the Vinyl tonight. The festival will once again be planting a series of vinyl records around the city. This time, there will be 11 records, each of which will reveal one artist from Boston Calling’s 23-act lineup, performing this May 22-24, 2015. Those who find a vinyl and post a photo of it to social media with #bostoncalling will win two three-day General Admission tickets to Boston Calling’s May 2015 festival.

Find the Vinyl will run from 6:00pm-8:00pm tonight; participants must post a photo of their found vinyl and by 8:30pm tonight to be eligible.  Clues to the vinyls’ locations will be released on Boston Calling’s social media and website today at 5:45pm. Check: www.bostoncalling.com; Twitter and Instagram: @Boston_Calling; Facebook: /BostonCalling.

* Winning tickets are non transferable and cannot be re-sold. Only one winner per vinyl. Boston Calling reserves the right to assess entries before awarding free tickets.

Late Night Reveal Parties at Tasty Burger Fenway and Harvard Square: Find the Vinyl will conclude with two late night viewing parties at Tasty Burger locations in Fenway and Harvard Square beginning at 9pm. The parties are open to the public, and a video will play at 9:30pm to reveal the entire May 2015 lineup. There will be additional opportunities, open to all, to take home Boston Calling swag at the parties. If they choose, those who find a vinyl can also arrange for their free pair of General Admission tickets with Boston Calling staff who will be onsite. Exact Tasty Burger addresses are 1301 Boylston Street in Boston and 40 John F. Kennedy Street in Cambridge. 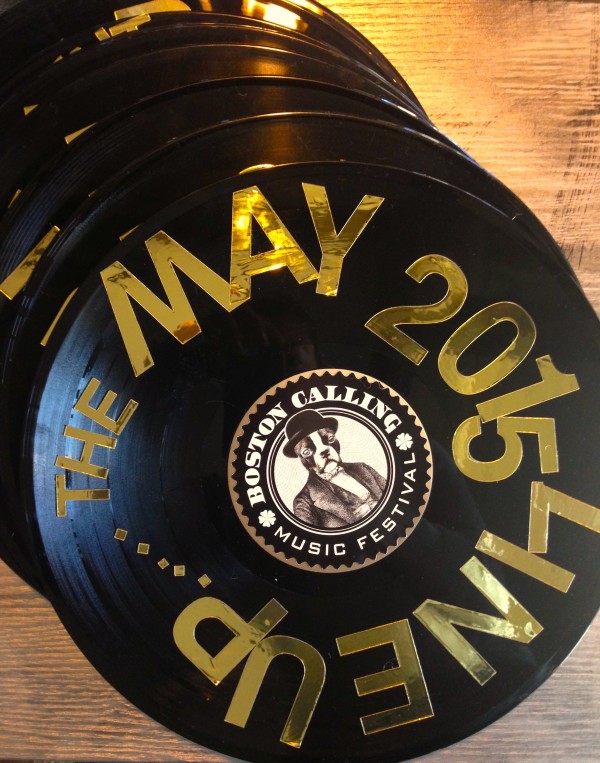 An entertainment journalist for 20 years, Michael McCarthy was a columnist and contributing editor for the magazines Lollipop and LiveWire. He co-created and wrote for Cinezine, one of the '90's most popular movie E-zines. The only time he's not listening to music is when he's watching television shows and movies or reading, usually music magazines.

View all posts by: Paris365